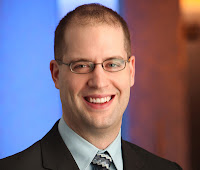 Research In Motion Ltd., which has struggled to develop a base of apps for its mobile devices to rival Apple Inc. and smartphones using Android software, is losing its senior director of global developer relations.

Mike Kirkup tendered his resignation Tuesday, announcing on his personal blog that this “is a good time to step back and consider my next steps.”

Kirkup has been one of the main faces of the BlackBerry platform for almost a decade, first starting as a security software developer before moving to the developer relations team in 2004.

The Waterloo-based BlackBerry maker has lagged in developing software apps for its mobile devices and has struggled to attract and retain developers as it plans a move to a new operating system in 2012.

Reports say the QNX OS will support Android apps on BlackBerry phones as well as on the PlayBook tablet PC, but analysts say the number of apps may be limited and could present performance problems.

Mike's resignation on his personal  blog:

After an incredible journey with RIM, I have resigned as Senior Director, Global Developer Relations today.
As the mobile space continues to change so quickly and this seems like a great time to step back and consider my next steps. If you wonder what I mean about the changing mobile landscape, just look at what has happened in the last two weeks – Motorola was acquired by Google, HP shut down webOS and Steve Jobs resigned as CEO from Apple.
Over my 10 year career I have worked with so many amazing individuals both inside RIM and in our broader developer community. This is a great company with leaders I respect and admire. It has been an honour to share in the success and growth of such an extraordinary company.
The opportunity to work in Developer Relations has been one that I will never forget. To be exposed to so many great ideas and the people behind them has been inspiring. To manage the variety of challenges each and every day has been something which helped me grow personally.
I will be sharing my thoughts on the industry on this blog and on Twitter (@mikekirkup) and look forward to hearing from you.
at 7:37 AM